The work which has to be accomplished by the man who enters on the probationary Path is entirely mental and moral; he has to bring himself up to the point at which he will be fit to “meet his Master face to face”: but the very words “his Master” need explanation. There are certain great Beings belonging to our race who have completed Their human evolution, and to whom allusion has already been made as constituting a Brotherhood, and as guiding and forwarding the development of the race. These great Ones, the Masters, voluntarily incarnate in human bodies in order to form the connecting link between human and superhuman beings, and They permit those who fulfil certain conditions to become Their disciples, with the object of hastening their evolution and thus qualifying themselves to enter the great Brotherhood, and to assist in its glorious and beneficent work for man.

The Masters ever watch the race, and mark any who by the practice of virtue, by unselfish labor for human good, by intellectual effort turned to the service of man, by sincere devotion, piety, and purity, draw ahead of the mass of their fellows, and render themselves capable of receiving spiritual assistance beyond that shed down on mankind as a whole. If an individual is to receive special help he must show special receptivity. For the Masters are the distributors of the spiritual energies that help on human evolution, and the use of these for the swifter growth of a single soul is only permitted when that soul shows a capacity for rapid progress and can thus be quickly fitted to become a helper of the race, returning to it the aid that had been afforded to himself. When a man by his own efforts, utilizing to the full all the general help coming to him through religion and philosophy, has struggled onwards to the front of the advancing human wave, and when he shows a loving, selfless, helpful nature, then he becomes a special object of attention to the watchful Guardians of the race, and opportunities are put in his way to test his strength and call forth his intuition. In proportion as he successfully uses these, he is yet further helped, and glimpses are afforded to him of the true life, until the unsatisfactory and unreal nature of mundane existence presses more and more on the soul, with the result already mentioned — the weariness which makes him long for freedom and brings him to the gateway of the probationary Path. 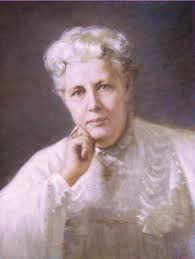